From epic sagas to vintage noir, from art forgery to the forgotten American sport of pedestrianism, Library staff recommend books for the summer months ahead. 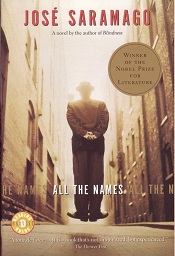 Civil servant Senhor José works in the Central Registry of Births, Marriages, and Deaths in a nameless city. A solitary, cagey character, Senhor Jose’s hobby outside of work is collecting information about the lives of famous people. One evening, it occurs to him that he might use the records at his job to find out more about his subjects. He sneaks after hours into the Central Registry and begins a clandestine search. By sheer accident, he stumbles upon the record of an unknown woman. Much to his surprise, Senhor José finds himself drawn to the woman, who isn’t famous, and he undertakes an obsessive, at times absurd and ridiculous, quest to find her in real life. Written in simple prose with little dialogue, José Saramago’s All the Names is a big book in a small package that’s light enough to fit in your backpack and will stick with you long after summer’s over. —Katie Fricas, Events/Circulation Assistant

The Art of Forgery | Noah Charney 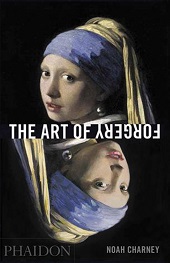 Why are we so fascinated by art forgery? Noah Charney illuminates many of the reasons in his readable and well-illustrated book The Art of Forgery. Unlike art theft, usually committed by mercenary criminals, forgery requires expert skills and a nuanced understanding of the targets. Often the forger looks to exact revenge and extract money from collectors and connoisseurs by exploiting the deficiencies of their expertise. You’ll be surprised by some of the names you’ll find among the forgers and those complicit in their crimes (like Michelangelo, who sold one of his sculptures as an ancient Greek artifact before he was well-known), and you’ll be astounded by the forgers and their skills. This is a great jumping-off point to unearth the vein of books about art forgers at the Library (Hebborn, Myatt, and van Meegeren are three of my favorites, all well-represented in other books in our collection.) Or maybe this will lead you to some great art forgery in fiction, like Robertson Davies’s What’s Bred in the Bone. —Patrick Rayner, Acquisitions Assistant, Circulation Assisant

The Girls of Summer: The U.S. Women’s Soccer Team and How it Changed the World | Jere Longman

New York Times reporter Jere Longman recounts the story of the U.S. Women’s National Soccer Team that beat China in a heroic nail-biter during the 1999 Women’s World Cup at the Rose Bowl in Pasadena. The story is well worth reading, as it ushered in the era of U.S. Women’s dominance in world soccer, something the U.S. Men’s Team cannot claim. The U.S. women will once again go for gold at this year’s Women’s World Cup, to be held June 6 to July 5 in Canada. Another (apparently, doomed) sport I am looking forward to reading about this summer is pedestrianism. Before baseball took over to capture the country’s minds and hearts, walking matches were America’s favorite pastime in the late 19th century. These hilarious-sounding pedestrious spectacles involved corporate sponsorships, celebrity sightings, and gambling, with all of the drama of our current sporting culture: walkers caught with performance-enhancing coca leaves and trainers pushing champagne as a stimulant (big fail). This book looks like a winner to me. –Carolyn Waters, Assistant Head Librarian 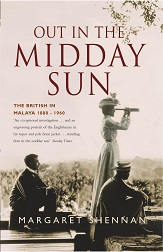 The Thorn Birds was my deep reading experience one emotional and thunderstormy July. If you didn’t pick it up when it was a bestseller back in 1977, now’s the time. Much better than its soapy 1983 miniseries, the saga of the Irish-Australian Cleary family covers sheep farming, the world wars, childrearing, theatre, and everything else you can think of, with characters nuanced enough to be awful and lovable at the same time. It is also a deft portrayal of Catholic politics and mores from common folk to cardinals. From another corner of the old British Empire, Out in the Midday Sun recently held me spellbound. Historian Shennan, herself a child of British Malaya, weaves first-person views from letters, diaries, and interviews through the unique and often bizarre history of what’s now independent Malaysia and Singapore. A wonderful complement if you’ve enjoyed Somerset Maugham’s exotic tales or anything related to the British in India. —Sara Holliday, Events Coordinator/Head Librarian’s Assistant 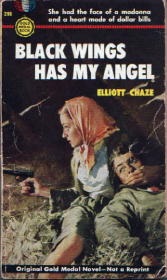 Lazy summer weekends are ideal for catching up on vintage crime fiction found in the stacks, and last summer’s highlights were these titles by Williams and Chaze. Both were first published as pulp paperbacks in 1953 with appropriately lurid covers, disposable books bought for cheap thrills from racks in drugstores and bus stations. (Thanks to publishers Stark House and Black Lizard for rescuing these and many others from oblivion.) The Hot Spot and Black Wings are about as dark, doom-laden, and well-crafted as 50s noir gets. The latter, in particular, has built a sizable cult following over the years, and praised far and wide by noir cognoscenti like Barry Gifford, Ed Gorman ("flawless"), and Bill Pronzini ("an indisputable noir classic"). If you enjoy the kicks provided by second wave hardboiled American noir—Jim Thompson, Charles Willeford, etc.—check out these two exceptional examples of the genre. If you don’t, my colleagues have surely recommended more redeeming summer fare.

A few months ago, the Library posted a book recommendations piece on Hollywood novels on the website, and this summer I look forward to reading a few books that were praised by my colleagues: Darcy O’Brien’s A Way of Life Like Any Other; Brock Brower’s The Late Great Creature, and Horace McCoy’s I Should Have Stayed Home. —Steven McGuirl, Head of Acquisitions 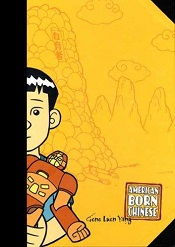 Throughout the summer, the new Young Adult-High School collection at the NYSL, generously funded by Richard Peck, will steadily expand on its shelf tucked away in the back of Stack 9. Perhaps this is the season to dip your toes into this burgeoning genre. We now have all of John Green’s oeuvre, including Paper Towns, predicted to be this summer’s teen blockbuster flick. Our graphic novel collection is growing with award winners, including Gene Luen Yang’s American Born Chinese, Lucy Knisley’s Relish, and the Tamaki cousins’ This One Summer. Rainbow Rowell navigates the choppy waters of high school in Eleanor & Park and the first year of college in Fangirl. Start with these, and when you’re hooked, you can keep coming back for more. As for me, I’ll begin by catching up on what I previously missed: Stephen Chbosky’s The Perks of Being a Wallflower, David Levithan’s Every Day, and Michael Williams’ Now Is the Time for Running. —Susan Vincent Molinaro, Children’s, Young Adult, and Interlibrary Loan Librarian