After a long winter, summer has finally arrived. As the days grow longer, we hope that the (slightly) slower pace of life allows for getting lost in a good book. Here are a few that Library staff have enjoyed or plan to enjoy this season. If you are looking for more to read there are many more staff recommendations on our website. To see this summer's publishing highlights take a look at this recent blog post.

It is 1989 when the diary entries in Modern Nature by Derek Jarman begin. Jarman has already made his name as a director with daring films like Sebastiane, The Tempest, and Caravaggio. He 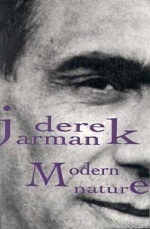 has also been diagnosed HIV+ and the medical breakthroughs that might keep him alive are yet to come. Despite his diagnosis, or perhaps because of it, Jarman endeavors to create a garden on an inhospitable piece of land near his cottage by the sea. Favorite flowers from his childhood bloom next to stolen cuttings from his neighbors plants, and eventually his garden flourishes.  As if this wasn’t enough, we are treated to a whole host of Jarman’s acquaintances and adventures, every bit as colorful as his flowers.  He is a wonderful diarist – smart, gossipy, funny, and incisive.   I found this book thanks to Olivia Laing, who sang its praises in the The Guardian, declaring it the book she loves most.  One needn’t wonder why. —Patrick Rayner, Acquisitions Assistant/Circulation Assistant

Gary Kamiya’s Cool Gray City of Love: 49 Views of San Francisco is the kind of book that is intrinsically armchair travel-worthy, but also works as a superb guidebook as well. In each of these 49 essays, landmarks that might not necessarily make it in your usual city guide are illuminated, like the “nameless lawn past the balustrade at the dead end of Vallejo Street, east of Florence Street” where you’ll find a stunning vista. Kamiya weaves history and personal anecdotes into these short pieces, as a good tour guide should. Even after many trips to my second favorite American city, I’m still finding delightfully new (to me) by-ways and secret stairways and extraordinary views as I re-read and dog-ear the pages in my own copy. Even if you’re not planning a summer trip to the city by the bay, this book is a terrific getaway. —Carolyn Waters, Head Librarian

During the dog days, I always look to a book that features large-scope adventure and that imparts a long-lasting daze that leaves me staring out across the expanse of park or beach that I've perched myself on for the day. David Mitchell's Cloud Atlas weaves together with a thin thread several stories ranging temporally from the age of exploration, through the present, and into the distant future. Try it out if you want a heavier summer read. (Also available as an e-book.) —Alexander Bolesta, Circulation Assistant

Sapphira and the Slave Girl is Willa Cather’s twelfth and final novel. It draws on her memories of Virginia, where she lived until the age of nine, and brings to life for readers the true story of the escape of Nancy, who years later returned to visit her mother at the home of Cather’s grandparents. The momentous event made a lasting impression on young Willa. Cather was a member of the New York Society Library, and some of the actual books she used in her research for the book are part of our current exhibition, The New York World of Willa Cather.  —Catherine McGowan, Circulation Librarian

Written when he was still a student in Paris, Cameroonian author Ferdinand Oyono’s The Old Man and the Medal is nothing short of a masterpiece. And it’s a short masterpiece at that! At only 167 pages, the book tells the story of Meka, a villager chosen by a faction of French officers in Africa to receive a medal. After selling his land to the white men who show up in his village and converting to Christianity, Meka is at first honored to hear he’s been invited to receive a medal, and he spends a great deal of time getting ready to attend the ceremony. Then, things take an ironic turn. Told from Meka’s perspective, the novel is wickedly funny and heartbreaking at the same time, and it hopefully will inspire you (as it has for me) to find and read more of Oyono’s work.  —Katie Fricas, Events/Circulation Assistant

For me, summer reading is all about the drama and intrigue of true crime, and Kirk Wallace Johnson writes about a deeply strange case in The Feather Thief.  Johnson tells the story of Alfred 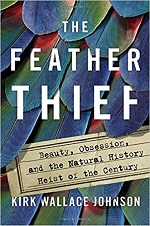 Russell Wallace, a naturalist and contemporary of Charles Darwin, and an American flautist named Edwin Rist, the titular thief. Wallace’s ornithological discoveries make their way to the Tring, a branch of the British Museum of Natural History in suburban England. While studying in the UK, Rist plans to break into the museum, steal its bird specimens, and sell the goods to practitioners of an arcane hobby known as salmon fly-tying. —Kate Marcus, Circulation Page

If you are on the long list for Michael Ondaatje’s new novel Warlight, check out his early books while you wait: The Collected Works of Billy the Kid (1970) and Coming Through Slaughter (1976). I have already recommended the former in this piece on literary westerns; the latter is another singular historical novel, (very loosely) based on the life of legendary New Orleans musician Buddy Bolden, an important figure in the development of jazz who died in 1931 after 25 years in an insane asylum. Ondaatje’s writing career began with poetry and these are both imaginative hybrid works of literature, utilizing fragments and varied, shifting voices to construct narrative. My tastes generally run toward more straightforward styles, but these concise experimental books cast quite a spell. I recently began Bernard Bailyn’s epic history The Barbarous Years: the Peopling of British North America, 1600-1675, and thus far it is fascinating: deeply-researched, clearly-written, terrifying, and with a propulsive quality unusual in works of history. I look forward to devoting free summer days to this important story. —Steven McGuirl, Head of Acquisitions

Jordan Harper creates a claustrophobic, dark, and dangerous world raked by the California sun in She Rides Shotgun. Polly McClusky is a childish 11-year-old who carries a stuffed bear. She’s forced to grow up fast when her formerly incarcerated father Nate shows up at her school and insists that they leave in a hot-wired car. Together they desperately attempt to protect themselves from the enemies Nate made in prison. Harper tells the story mostly through Polly’s eyes, balancing cartoonish and pulpy action with engaging prose, making it perfect for summer. I downloaded this Edgar Award-winning book from our Cloud Library e-book collection and proceeded to stay up late reading this gripping, fast-paced novel. If you haven’t used the Cloud Library yet, perhaps summer travels and my recommendation will be an incentive. You can check out 5 titles at a time and load them to your device without having to worry about baggage fees. —Mia D’Avanza, Head of Circulation

Companion novels are becoming a trend in the YA genre; they are not quite sequels as they revisit fringe characters from previous stories and recast them in the centerpiece roles. This is the 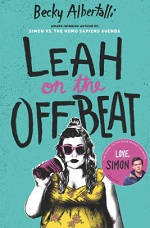 case with Leah on the Offbeat by Becky Albertalli and Puddin’ by Julie Murphy. Both books also happen to follow in the wake of popular novels that are getting silver screen treatments. Leah’s best friend’s coming out tale was told in Simon vs. the Homo Sapiens Agenda which became Love, Simon and had a run at the cinema earlier this year. Dumplin’, Murphy’s first tale about plus-size gals with Texas-sized dreams hits the theaters sometime later this year and will feature new music by Dolly Parton, who inspires a renegade beauty pageant entry. All of the stories deal with teens learning to accept the skin they are in, a tale that never goes out of fashion.  —Susan Vincent Molinaro, Children's and Young Adult Librarian

Rebound, Kwame Alexander’s novel-in-verse (and a companion/prequel to The Crossover, also available as an e-book and downloadable audiobook) is the story of Charlie “Chuck” Bell during the summer of 1988, when he begins to emerge from deep grief over his father’s death.  Chuck’s sorrow and alienation from his grieving mother have prompted him to make bad choices. The consequences, including spending the summer with his paternal grandparents, force Chuck to face and manage his feelings while developing closer relationships with  a talented cousin—who teaches him how to really play basketball—and his best friend—who encourages him to work out his emotions on paper.  Alexander combines rhythmic and dynamic poems with comic style illustrations of Chuck’s (fantasy) basketball prowess. Near the end of the story, which fast forwards to the present, we encounter Chuck’s basketball-loving twin sons Joshua and JB. They are the main characters of The Crossover, which I immediately re-read upon finishing Rebound! Both fast-paced books will make for great summer reading, whether you are a fan of basketball or not, and in whichever order you choose. —Randi Levy, Head of the Children's Library

Brendan Kiely’s Tradition takes place at Fullbrook Academy, an elite prep school grounded in history and social codes. Senior Jules Devereux is searching for freedom, keeping her head down and focusing on getting out of Fullbrook and into a good college. Her classmate, Jamie Baxter, is attending the academy on a hockey scholarship and feels out of place in this new world of privilege and high expectations. Surrounding them is a campus life buzzing with toxic masculinity and steep social pressures. The difficulties these students face in attempting to stand up to an institution willing to ignore the prevalence of rape culture on its campus closely echoes a reality experienced by many affiliated with historic academic societies. While not the lightest summer read, in the wake of the #MeToo movement Tradition is an important novel and a thoughtful take on a current and pressing issue.  —Morgan Boyle, Assistant Children's & Young Adult Librarian