Home > Our Collection > TRUMAN IN THE ROUND by Jeffrey Frank 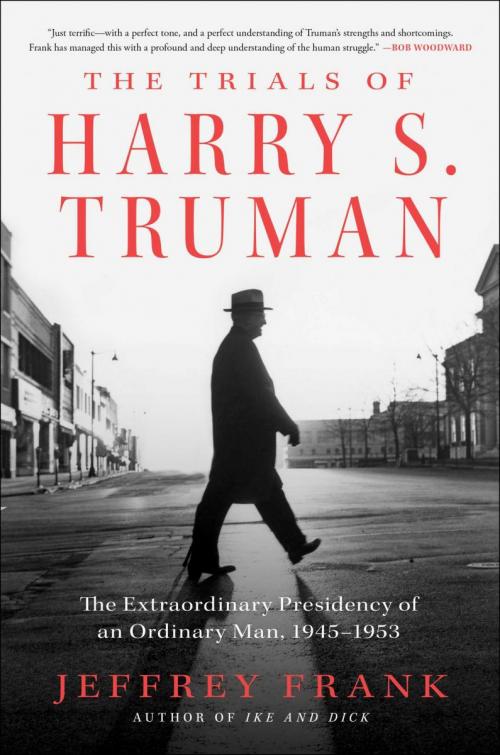 TRUMAN IN THE ROUND by Jeffrey Frank

Jeffrey Frank is the author of The Trials of Harry S. Truman: The Extraordinary Presidency of an Ordinary Man (2022) and Ike and Dick: Portrait of a Strange Political Marriage (2013). He’s published four novels, among them the Washington Trilogy—The Columnist, Bad Publicity, and Trudy Hopedale—and is the coauthor, with Diana Crone Frank, of a translation of Hans Christian Andersen stories, which won the 2014 Hans Christian Andersen Prize. He was a senior editor at The New Yorker, the deputy editor of The Washington Post’s "Outlook" section, and is a contributor to The New Yorker. He’s written for The New York Times, The Washington Post, The Wall Street Journal, The Guardian, Bookforum, and Vogue, among other publications, and has been a member of the New York Society Library since 2012.

When I’m asked to recommend books for anyone interested in Harry Truman and his era—a daunting task—I more and more talk about the special value in returning to that time and place through first-person accounts—memoirs, letters, diaries, oral histories, and personal papers from the archives—all of which play an essential part in bringing Truman to life, to seeing him as a “round” figure, in the spirit of E.M. Forster’s Aspects of the Novel.

The very personal choices that follow are limited by those criteria, which means excluding various Cold War histories (it’s hard, in any case, to choose just one or two) or David McCullough’s deservedly popular cradle-to-grave biography, Truman. Here, then, are five books, each of which was immensely valuable in returning me to that mid-twentieth-century era, almost as if I were a witness. 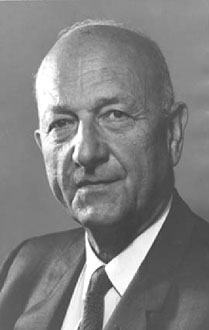 Lilienthal was the first chairman of the Atomic Energy Commission, and left seven volumes of journals. These two provide the best snapshots of Truman—under stress or relaxed—as well as portraits of other major characters. And they give one a sense of that time, as when Lilienthal recalls an evening at one of Washington’s press events—the Radio Correspondents’ Annual Dinner, at the Statler: “I had a good time and an interesting one. The good time was due largely to the entertainment, which was excellent: Paul Whiteman leading his orchestra in “Rhapsody in Blue,” which is still sure fire; Abbott and Costello in a terribly zany but side-splitting sketch about baseball (who is on first base, etc.).” 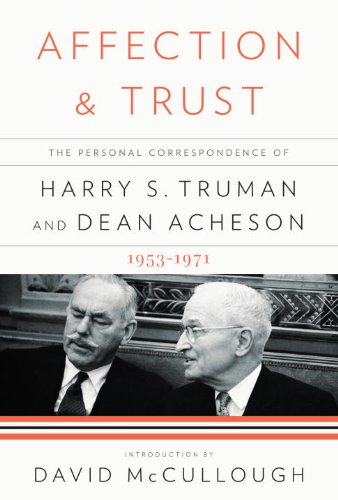 This is the post-presidential Truman, in an epistolatory “conversation” with Acheson, who’d been Under-Secretary of State and, after Truman won the presidency in 1948, Secretary of State—his most influential Cabinet member. One can enjoy it for Truman’s non-diplomatic outbursts (“The French are the troublesome ones, as they always have been. Indeed, French weakness has always been the disease from which our Grand Alliance has suffered”), as well as for Acheson’s rigorous, and sometimes impatient, editorial attempts to help Truman with his memoirs

The philosopher and historian Isaiah Berlin spent most of his life in Oxford, but, during the war years, worked for British Information Services, in Moscow, New York, and, most helpfully for my purposes, the British embassy in Washington. His observations as Truman took office, in the spring of 1945, have a powerful you-are-there feel, as when he writes: “The 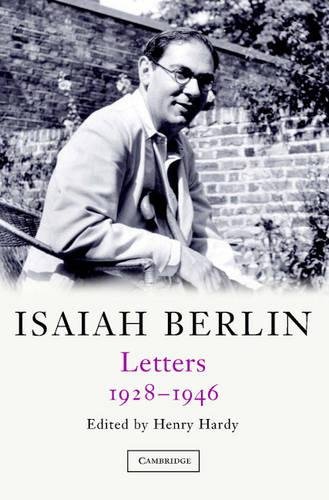 men whom the new President has chosen for his personal staff are of blameless enough reputation but dim and provincial to a degree.”

George Catlett Marshall served Truman as Army Chief of Staff, Secretary of State, and Secretary of Defense; there was no one Truman held in such high regard. The European Recovery Act is rightly known as the “Marshall Plan,” not only because Marshall introduced it during a 1947 commencement speech at Harvard, but because few did as much to get it passed by Congress. Marshall later told his biographer Forrest Pogue: “I worked on that as hard as though I was running for the Senate or the presidency. That’s what I’m proud of, that part of it, because I had foreigners, I had tobacco people, cotton people. New York, eastern industrialists, Pittsburgh people, the whole West Coast going in the other direction, up in the northwest. It was just a struggle from start to finish, and that’s what I’m proud of, that we actually did that and put it over.” 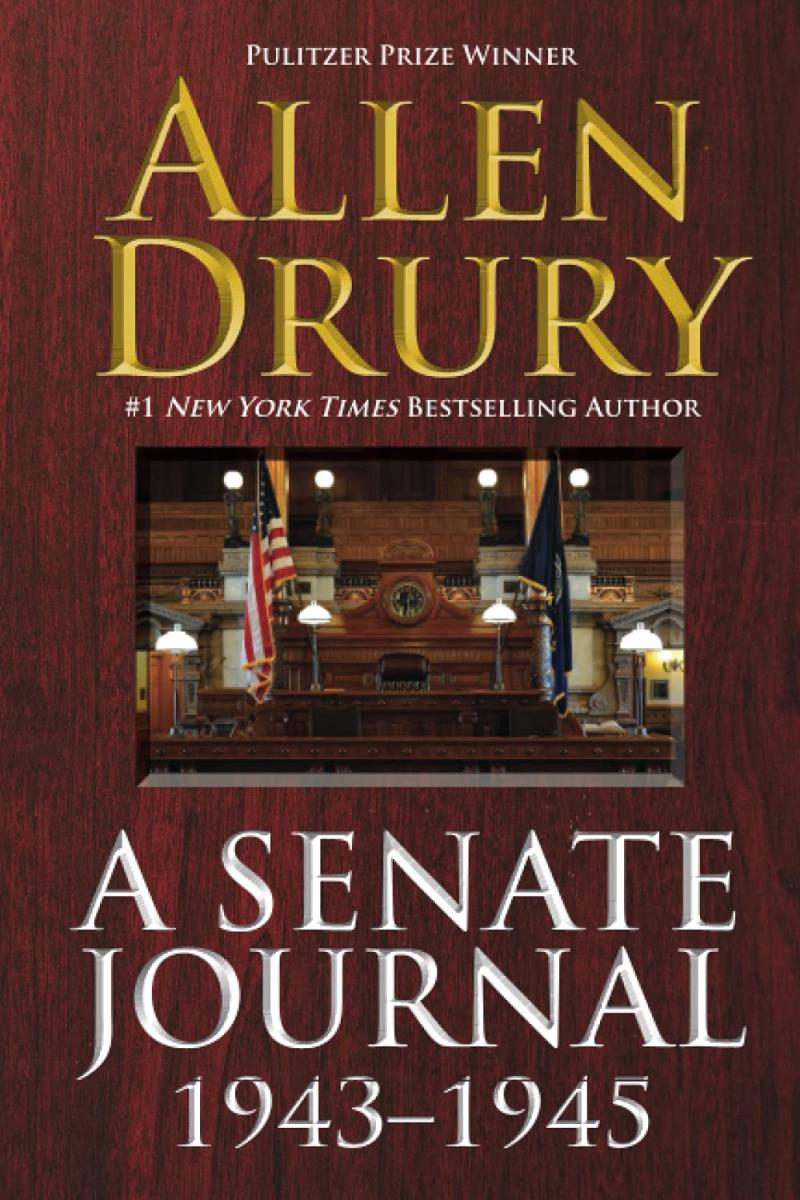 Drury, who later became rich and famous with the novel Advise and Consent, and its several sequels, was for years a Washington reporter for the New York Times. I’m a little suspicious of this entry (supposedly written before just hours news arrived of Roosevelt’s death), which is why it’s not in my book. But it does faithfully record the mood of Washington in a more amiable time: “April 12, 1945. Around 3 p.m. this afternoon, looking down from the gallery, we saw [Vice President] Harry Truman come in, cross to the Republican side and go into an obviously friendly huddle with Alexander Wiley and Ken Wherry. We watched him for a moment, enjoying as always his enjoyment of other people and theirs of him. ‘You know,’ I said, ‘Roosevelt has an awfully good man in that Truman when it comes to dealing with the Senate if he’ll only make use of him.’ Tony Vaccaro of the AP, one of Truman’s best friends and close enough to know, shook his head and frowned. ‘He doesn’t make use of him, though,’ he said. ‘Truman doesn’t know what’s going on. Roosevelt won’t tell him anything.’”