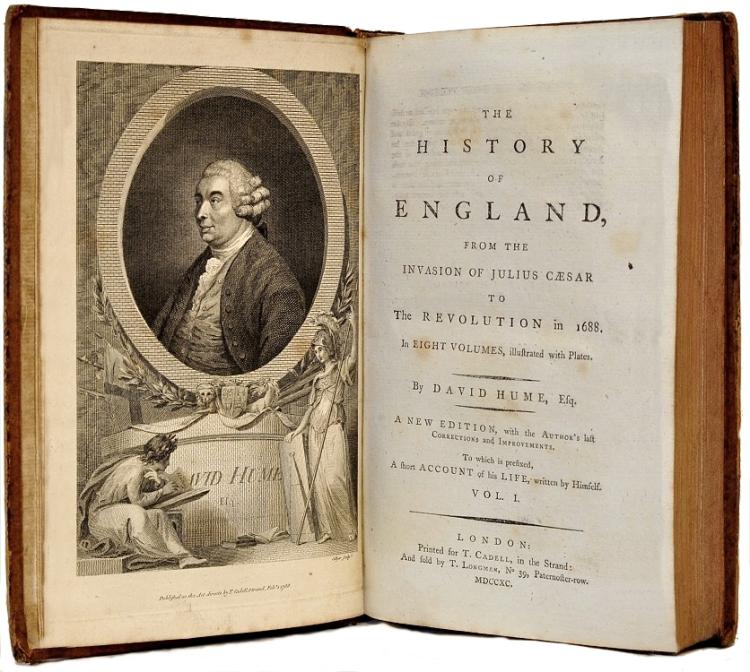 The 18th-century Libraries Online team together with partner libraries will be running a Book of the Month Club throughout 2022, drawing attention to books that appealed to eighteenth-century library goers. For our inaugural Book of the Month, the team has selected David Hume's History of England. While famous today for his Enlightenment philosophy, Hume was known primarily in the eighteenth century as an historian - and his History of England was one of the most widely read books at eighteenth-century libraries. To accompany a blog on the project website and a flyer prepared for participating partner libraries, the team will host an online Q&A session on Hume's History on Friday 28th January at 3:00 PM UK time (10:00 AM US Eastern time) which will explore this popularity and ask why eighteenth-century readers read Hume's History so voraciously.

If you would like to dip into the book for yourself ahead of the Q&A, we recommend reading Hume's account of the execution and character of Mary Queen of Scots or his concluding summary of the Revolution of 1688.