Home > Our Events > Erika Dreifus, Telling Their Grandparents' Stories: Writings by Grandchildren of Holocaust Refugees and Survivors (Seminar Session 3 of 3) 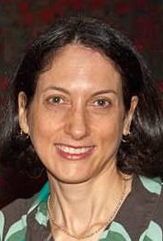 It’s conventionally understood that children of Holocaust refugees and survivors grew up in homes where the nightmarish past was not discussed—certainly not in depth. But in recent years, the next generation—the grandchildren—has begun coming forward with a remarkable array of explorations of their grandparents’ histories, in fact and in fiction.

This three-session seminar will cover a sampling of recent fiction and nonfiction in which grandchildren-writers such as Eduardo Halfon and Sarah Wildman research, revisit, or otherwise retell their grandparents’ experiences. Erika Dreifus (MFA, PhD) is the author of Quiet Americans: Stories, a book grounded largely in her own identity as a grandchild of German Jews who immigrated to New York in the late 1930s, and is at work on a commissioned book chapter about narratives by other “3G” writers.

This seminar meets Thursdays
January 28
February 25
March 31
A reading list and copies of the items for discussion are available for registrants.