Home > Our Events > FULLY REGISTERED: Uptown at Night: An Evening of Comedy and Humorous Storytelling 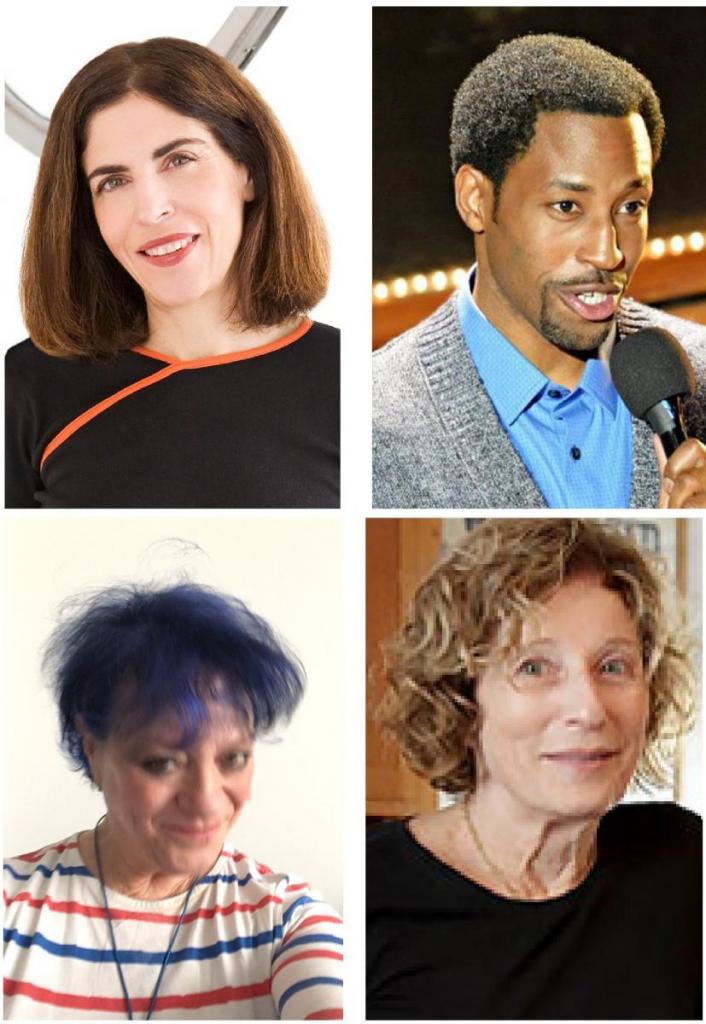 FULLY REGISTERED: Uptown at Night: An Evening of Comedy and Humorous Storytelling

THIS EVENT IS FULLY REGISTERED. WITH REGISTRATION QUESTIONS, CONTACT THE EVENTS OFFICE.

Uptown at Night returns to the Members’ Room with a vibrant lineup of humorous storytellers and comedians including Patricia Marx, Dwayne Perkins, Laurie Rosenwald, and Sybil Sage, with James Harvey on keyboard. Sydney LeBlanc hosts.

Patricia Marx, the first woman elected to the Harvard Lampoon, now writes for The New Yorker, where her comic pieces about shopping and fashion are iconic. A former Saturday Night Live writer, she is also author of several books, including two Thurber Prize finalists. She has taught humor writing at Princeton, NYU, and Columbia and received a 2015 Guggenheim Fellowship. Her latest book, with Roz Chast, is titled You Can Only Yell at Me for One Thing at a Time: Rules for Couples.

Dwayne Perkins’ comedy special Take Note debuted on Netflix to rave reviews, and his Comedy Central TV show was voted one of the top 25 comedy specials of all time. A Brooklyn native now based in Los Angeles, he has also appeared on the Conan and Jay Leno shows and has headlined at comedy clubs in New York, Los Angeles, and around the world. Dwayne has also been named one of Rolling Stone’s “Five Comics to Watch.”

Laurie Rosenwald is a writer, painter, designer, and animator. Her animations include David’s Diary, an app created with the humorist David Sedaris, and her drawings have appeared in The New Yorker and in The New York Times. “How to Make Mistakes on Purpose,” her popular workshop, has been held for many companies, including Starbucks and Google. Her most recent book is titled All the Wrong People have Self Esteem.

Sybil Sage was one of the first women to write television comedy, starting with episodes of The Mary Tyler Moore Show, Maude, Alice, and Barney Miller, and later for Magnum P.I. and Northern Exposure. She has also written for print publications, including The New York Times. Sybil still writes comedy material for Lily Tomlin and has presented her own humor pieces at New York City venues, including In Your Face New York.

James Harvey (keyboard) is a musical comedian, composer and playwright of a one-man show, The Bald-Faced Truth: Comedy Songs by James Harvey. His darkly comedic musical The Crack in the Ceiling was presented at the New York Musical Theatre Festival and the New York International Fringe Festival, where he won Overall Excellence in a Musical.

Uptown at Night presents comedy and humorous storytelling on the Upper East Side; more information can be found at uptownatnight.org.