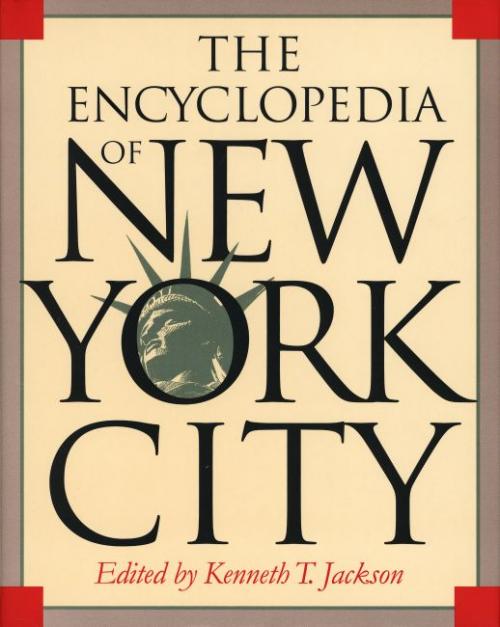 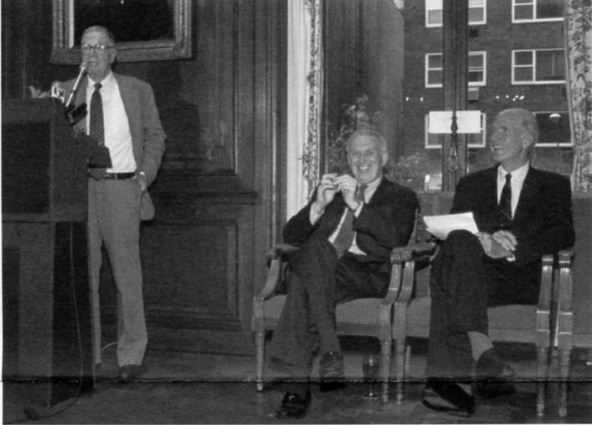 Elihu Rose, Kenneth T. Jackson, and William J. Dean at the ceremony.
William J. Dean, Chairman of the Board of Trustees, presented the award:

As New York's oldest library and its first public library, we are proud to honor The Encyclopedia of New York City with our New City Book Award. It is a reference work of range and depth that celebrates the cultural wealth of this great city.