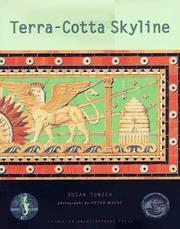 Books of the Year

The jury on Manhattan in Maps:

The illustrations of the maps (many never published before) are lapidary, the weight and touch of the volume's pages a voluptuous pleasure. It is the text, however, brilliantly describing the mind set of the different era's map-makers which makes this book extraordinarily valuable.

The jury on Terra-Cotta Skyline:

Through her patient documentation over fifteen years, with the help of Peter Mauss's astutely positioned camera lens and consummate photographic artistry, Susan Tunick has made a ubiquitous but often unnoticed element of the New York City streets dramatically and enticingly visible to the average New Yorker.