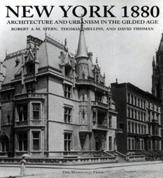 Award for a Memoir

Award for a Reference Work

New York, 1880 by Stern, Mellins and Fishman is the most sophisticated volume yet of their comprehensive series on the architecture of the city. From tenements to skyscrapers they weave an engaging portrait of New York's buildings, both high and low.

Morgan is a panoramic view of the turn of the century's most accomplished financier. Jean Strouse mixes a writer's flair to turn extensive research into a rich story.

In 'Tis, the impish Frank McCourt paints a howlingly funny portrait of New York in the 1950's combining the strands of public school (in)discipline, street-level racial politics and shotgun marriages!

David Wiesner's Sector 7 is a wonderfully wordless fantasy, resurrecting Penn Station as the control center for an empire of clouds. Turn off the TV and give your kids this book!

Juror Christopher Gray on the Personal Name Index to the New York Times:

The Personal Name Index is outrageously ambitious in its scope but elegantly humble in its goal - to serve anyone who makes use of the already indispensable New York Times Index. The self-effacing Falks should have their names writ not just large but huge in the thank-you books of history.