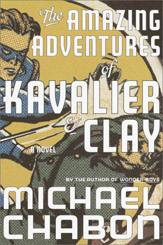 Bronx Accent: A Literary and Pictorial History of the Borough by Lloyd Ultan and Barbara Unger (Rutgers University Press)

Heartbeats in the Muck: The History, Sea Life, and Environment of New York Harbor by John R. Waldman (The Lyons Press)

Juror Elizabeth Barlow Rogers on Heartbeats in the Muck:

Waldman's background as a field biologist has equipped him to describe the harbor's ecological history, but his gift for graceful narration is all his own

Explores the creation, by workers and their allies, of a true social democracy in New York City. An amazing book.

Vivid, funny, and opinionated. It's appealing to anyone who loves to walk the city streets.

Seyfried's monumental work focuses on Queens before it became part of greater New York and on the history of the Long Island Rail Road. The grand old man of Queens history.