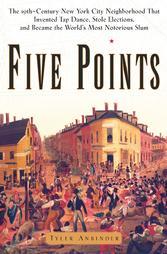 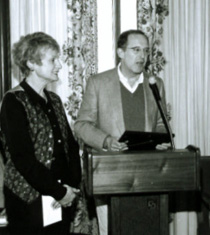 Madeline and Stephen Anbinder accept the award for Five Points on behalf of their son Tyler Anbinder, with jurors Christopher Gray and Constance Rogers Roosevelt.

Five Points is a deeply researched look at what was once New York's most notorious neighborhood. Anbinder deftly punctures many myths about Five Points without shying away from grim realities. He makes a world seemingly long gone come alive. 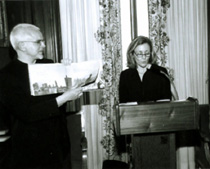 Marek Los and Paula Wiseman speak about Lookiní for Bird in the Big City.

A unique view of the New York beneath our feet. Archaeologists Cantwell and Wall scan 11,000 years of human occupation in the five boroughs, from Native American rock shelters in Washington Heights to colonial taverns, African burial grounds and midtown skyscrapers. This absorbing survey contributes a valuable new perspective on the nature of cities and the use of space.