Home > About Us > About the Building 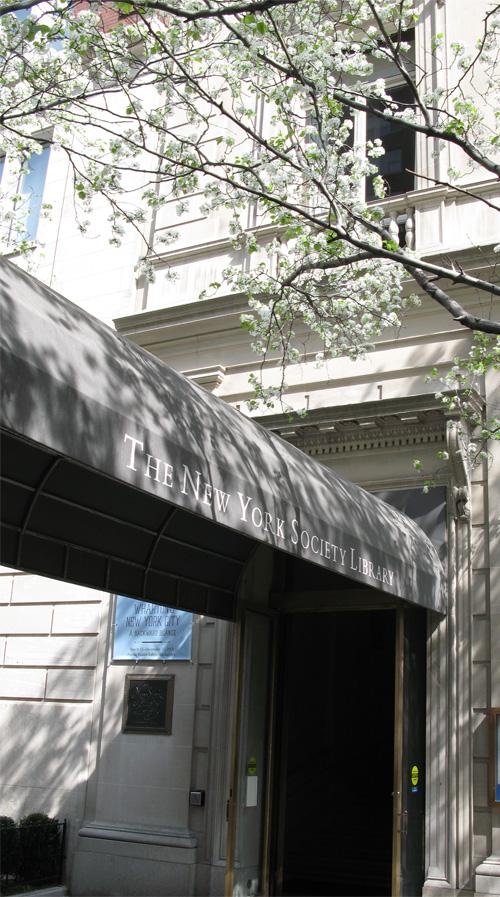 The handsome Italianate town house, built in 1917, was designed by Trowbridge and Livingston, the architects of the Wall Street headquarters of J.P. Morgan & Co. and the St. Regis Sheraton Hotel. The building was converted for use as a library in 1937 with funds provided by Sarah C. Goodhue. It is a New York City landmark.

The Library is filled with art and other objects from all periods of its history, including its original charter granted by George III. Over the years, members have donated paintings by Samuel Lovett Waldo, Adolphe William Bouguereau, and Joseph Wright; graphic works by John James Audubon and Will Barnet; and sculptures by Hiram Powers, Thomas Crawford, and Vincenzo Luccardi. The clock in the Circulation Hall was made in Amsterdam between 1720 and 1740 by Gerret Drappee.

As the Library building was originally a large town house, the reading and study rooms, which occupy parts of the five floors at the front of the building, are well-proportioned and comfortable. Members can easily reach the upper floors in the paneled elevator.

An unusual privilege of membership is access to the stacks, located at the back of the building. A guide to the stacks is posted next to the elevator. Of the twelve stack levels, nine are open to members for browsing.

History of the Building

The library was originally built for and occupied by John S. Rogers and his family. Christopher Gray's Brief Literature Search regarding the building provides further historical information and photographs of the building and the Rogers family.

Historical information and images relating to individual spaces within the library: