Home > Library Blog > "Bi-Fi": New Testament Fiction from the Sublime to the Ridiculous 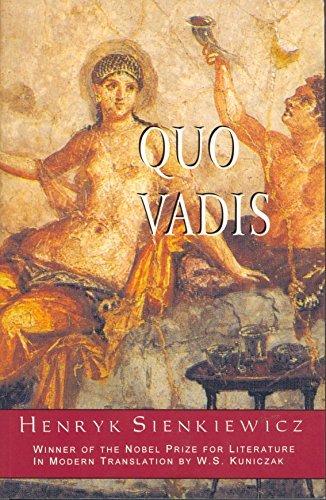 "Bi-Fi": New Testament Fiction from the Sublime to the Ridiculous

Ah, spring, when a Bible buff’s fancy turns to thoughts of...Jesus novels. 'Tis the season for a slightly tongue-in-cheek dive into the Library’s broad holdings of fiction writers who’ve taken on that “Greatest Story Ever Told.” Results range from the not-too-far-from-sublime to the frankly-fairly-ridiculous.

If You Only Read One

Henryk Sienkiewicz | Quo Vadis (originally 1896; this translation 1993)
Bless me, father, for I adore Henryk Sienkiewicz’s Quo Vadis. A big bestseller and minor classic by the Polish Nobel Laureate, it paints a sappy but engrossing portrait of Nero’s Rome, with a charming, if dated, love story and wonderful characterizations of the Emperor, Satyricon author Petronius Arbiter, Simon Peter, and Paul of Tarsus. Anton Chekhov called Siekiewicz’s writing “sickeningly cloying and clumsy,” but if you enjoy a big potboiler of a historical novel the way I do, it’s one of the greats. It should only be read in this W.S. Kuniczak translation – and I beg you not to bother with any of the film adaptations.

Lew Wallace | Ben-Hur: A Tale of the Christ (1922)
Remember that chariot race? Of course you do. Do not go to this book for historical accuracy, but it’s a heck of a good adventure; easy to see why it’s been made into five big-budget movies including the not-too-shabby one from 2016.

Kahlil Gibran | Jesus the Son of Man: His Words and Deeds as Told and Recorded by Those Who Knew Him (1928)
It’s by the author of The Prophet, darling prose-poem of the Sixties counterculture. If you go for that sort of thing, this one is full of thought-provoking and poetic thoughts, though I wouldn’t take it as, well, gospel. 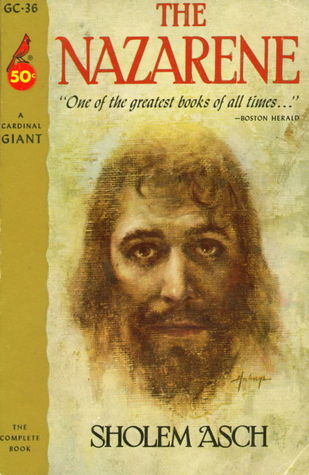 I haven’t yet read this book, but I’m delighted to have stumbled on it in the catalog because it acquainted me with its remarkable author, a Japanese peacenik, preacher, and labor activist. What an extraordinary year for a Japanese man to have published a novel about Jesus.

Sholem Asch | The Nazarene (1939) and its sequels The Apostle (1943) and Mary (1949)
These are still on my to-be-read list, but it’s exciting to find a novelist of such substance, from a deeply Yiddish-speaking Jewish background, adding to the interpretations of the deeply Jewish Jesus, Paul, and Mary. The saga of the responses to the books – which contributed to the Asch family’s emigration from the U.S. in 1953 - is worth the telling in itself.

Nikos Kazantzakis | The Last Temptation of Christ (1960)
It’s a classic that has not yet, as book or film, reached out and grabbed me – but its portrait of a profoundly human Jesus is worth considering and contemplating – and much of the language is gorgeous. If this one appeals, also try Kazantzakis’ Saint Francis.

Anthony Burgess | The Kingdom of the Wicked (1985)
Although I’m fond of several works by the Clockwork Orange wordsmith – his translation of Edmond Rostand’s Cyrano de Bergerac is my hands-down favorite – even I don’t first associate him with Biblical takes. Yet he created at least two Bible-based novels (depending on your definitions) and the screenplay for the 1977 TV miniseries Jesus of Nazareth. This book, covering the same time period as some of the book of Acts (and Quo Vadis), was also adapted for television as A.D.

Christopher Moore | Lamb: The Gospel According to Biff, Christ's Childhood Pal (2003)
Who says Bible stories have to be solemn? Moore’s delightfully askew view of the gospels takes off Bulgakov’s classic The Master and Margarita as well as sacred texts, and sacred cows, from across the world’s traditions. (If you love Lamb, by the way, I recommend Terry Pratchett and Neil Gaiman’s Good Omens or Kevin Smith’s movie Dogma.)

Anne Rice | Christ the Lord: Out of Egypt (2005) and its sequels
Everlasting life: it’s not just for vampires anymore. Will I ever finish raising an eyebrow at the Gothic queen’s sharp turn toward the religious? – maybe not, but these readable and reverent books got rave reviews from Time and The New York Times, as well as many believers.

Philip Pullman | The Good Man Jesus and the Scoundrel Christ (2010)
Anything by Philip Pullman is worthy of attention. He’s one of the great storytellers of our time. Still, I’d already pretty much sussed out his take on religion based on the evil Magisterium in the His Dark Materials and current Book of Dust series, and I’m not sure this little volume adds much.

Colm Tóibín | The Testament of Mary (2012)
Tóibín is unquestionably another major contemporary voice, and this volume was shortlisted for the Man Booker prize and also transformed into a solo stage show whose Tony-nominated Broadway run featured Fiona Shaw. It’s an unconventional take on Jesus’ mother Mary herself, and also on the process of mythologizing and who gets to tell the stories.

Lloyd C. Douglas | The Robe (1942) and The Big Fisherman (1948)
All the blessings and blights of mid-20th-century mainline white American Protestantism are on display on these two big bestsellers by Lutheran pastor Douglas – one about the centurion at the Crucifixion, and one about Saint Peter. That said, I owe some of my favorite imaginary images of Galilee’s shores to my long-ago reading of Douglas’ descriptions. Should you have the urge to take in either film adaptation, I urge you to substitute the Coen brothers’ Hail, Caesar! instead.

Thomas Costain | The Silver Chalice (1952)
Many parallels to Douglas in the biases and sentimental-bestseller areas, but also an inventive story of a non-Biblical silversmith who gets caught up in the Jesus movement after creating the (ahistorical) cup that would become known as the Holy Grail. The film with Paul Newman is as cheese-drenched as you’d expect...but does have Paul Newman. 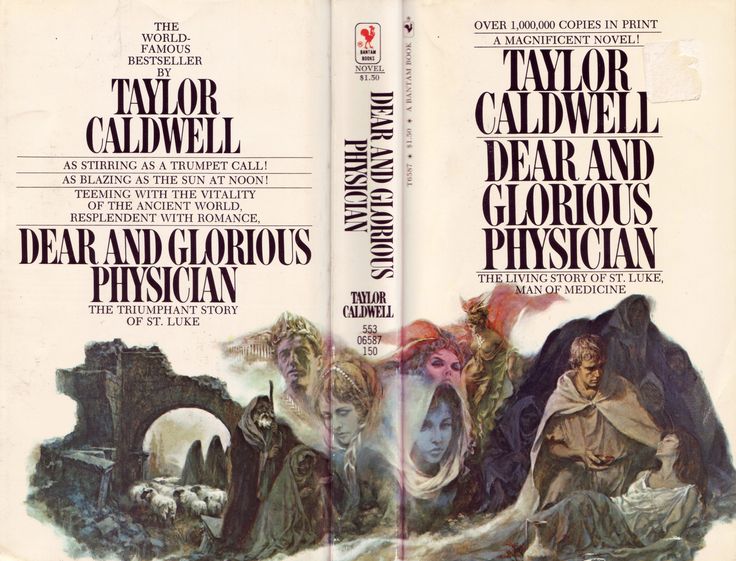 Frank G. Slaughter | The Crown and the Cross (1959)
This is just one of many Bible novels by Slaughter, who was a doctor in addition to his prolific writing career. Well-meaning, sincere, but hardly based in solid history or theology.

Taylor Caldwell | Dear and Glorious Physician (1959) and Great Lion of God (1970)
I read these books at an impressionable age, and I have zero objectivity about them; they were part of what made me want to write heavily researched historical fiction (decades later on an unrelated subject). They’re companion pieces set generally during the book of Acts, one with Luke at the center of a broad scope, and the equivalent with Paul.

Mika Waltari | The Secret of the Kingdom (1961) and The Roman: The Memoirs of Minutus Lausus Manilianus... (1966)
What I said about reading Taylor Caldwell applies even more to Mika Waltari. He’s remembered today, if at all, for his earlier novel The Egyptian, which I agree is probably the one to read. But for plunging deeply into a historical time and place – even if of limited accuracy – any of his books is a real treat.

Leonard Wibberley | The Centurion (1966)
Yes, that’s the author of The Mouse That Roared, among more than 100 other books(!) spanning numerous genres from sci-fi to mystery. A devout Catholic, Wibberley said that The Centurion was “more important to me than anything else I’ve ever written.” Like Douglas’ The Robe, it leaps off from the Matthew gospel portrait of the Roman commander at the Crucifixion.

Robert Graves | King Jesus (1981)
Toward the end of his life, the author of I, Claudius turned his golden style, his knowledge of the ancient Roman world (though not so much the ancient Near Eastern one), and his various odd mythic/historical obsessions to an idiosyncratic portrait of a non-divine Jesus.

May the season bring you good reading, with chocolate bunnies to taste.