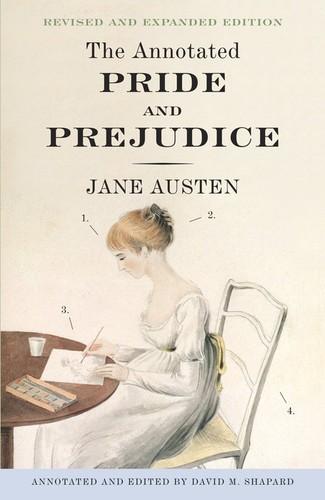 Pride and Prejudice and Archetypes

I have not come across many people who haven’t read or at least heard of Pride and Prejudice. The beloved novel by the equally beloved British novelist Jane Austen is one of the most famous books in the English language. It has a no-nonsense and witty heroine, a male hero who is at first mysterious and brooding - seemingly unpleasant - yet in actual fact awkwardly lovable, plus clever dialogue, a cast of comical characters, and a brilliant romance plot. It is a book I find myself rereading over and over again, especially during the summer. Actually it is a familial tradition for my sister, mother, and me; where we would read the book together and watch the BBC version on special occasions such as Mother’s Day, birthdays, and, at times, Christmas. Although I do love Austen’s other works, especially Sense and Sensibility, in my mind there is nothing like Pride and Prejudice. It has always been near and dear to me as soon as I started reading it at the age of fourteen, and I feel that affection  will only grow stronger in the future.

“I cannot fix on the hour, or the spot, or the look or the words, which laid the foundation. It is too long ago. I was in the middle before I knew that I had begun.”
~Jane Austen, Pride and Prejudice

As a lover of folklore and a student of the subject, I recently realized that there are folkloric elements to the novel, especially connected to character archetypes. My mind was whirling with the possibilities of who is who - The Divine Twins, The Lovers, Cultural Hero...and, of course, The Trickster. It is thrilling to me – I-could-gush-about-this-all-day thrilling. When I thought of this post, I immediately reread the novel as well as some of my folklore books, including my recommended titles on tricksters.

My plan is to highlight several of the characters and relationships and which archetype they echo. Keep in mind some archetypes closely resemble each other. A note on my beloved Tricksters: they are heavily multilayered and can masquerade as The Fool, The Rogue, The Chaos Agent, and many more. Let’s jump in!

Elizabeth “Lizzy” Bennet and Fitzwilliam Darcy are...The Heroine and Hero, naturally! Both characters are the protagonist in the novel. They are on a journey - The Hero’s / Heroine’s Journey. He can be considered almost like a prince, as he is both wealthy and noble, while she comes from a respectable landowning family. They each have to conquer an obstacle (mainly, he must combat his pride and she must combat prejudice) until the story concludes in happiness, prosperity, and love. They marry and, presumably, live happily together, as I do see them as equals).

There are many, many stories that detail the Hero’s / Heroine’s Journey! Their story does remind me so much of Beauty and The Beast - they meet under unfortunate circumstances / first impressions are awful, one begins to fall in love and the other is wary / abhors the other, they get to know each other...think about it.

Charles Bingley and Jane Bennet are...The Lovers. Also known as True Bride and True Groom or The Faithful Lovers, they meet and are instantly smitten with each other / fall in love. They do have a few battles (Mrs. Bennet’s intrusive approach and the disapproval of Bingley’s close circle including Mr. Darcy, who was only trying to take care of him) yet it ends naturally well for them, as true love is (considered to be) endless and indestructible.

Lady Catherine de Bourgh is...The Villain! She is firm in her beliefs in the roles of society, especially in terms of class. Reputation and class honor are all that she cares about. She is the epitome of the pride and the prejudice that both Elizabeth and Mr. Darcy manage to conquer. She sees Elizabeth as below her and is triggered by her (Elizabeth’s) behavior when it contrasts with her assumptions about a gentlewoman. Her horror at her nephew’s alleged engagement to the heroine isn’t due to maternal love for her daughter, but the desire to maintain the class-division status quo.

There are many, many stories like this one, as Villains are as frequent as Heroes and Heroines. Here’s a copy of the Original Folk and Fairy Tales collected by the Grimm Brothers, who always have great villains!

Caroline Bingley is...The Chaos Agent. She was a bit harder to figure out, as she had elements that reminded me of The Child, yet she does not grow up, nor do I find her innocent. Her desire to poke the bear (i.e. her jealousy towards Elizabeth) and try to obtain Mr. Darcy’s affections fails - he does not respect her, he tolerates her due to his strong friendship to Charles Bingley. Her ploy also break up her brother’s happiness due to her own vanity also fails. She is just a rather mean and empty person, yet she does not really contribute much, I hate to say.

Caroline reminds me of the sister in The Talking Eggs!

Mr. George Wickham is...The Rogue, aka The Deceiver. He immediately jumps at the opportunity to slander Mr. Darcy’s name  - which proved to work, at first, as everyone hated him due to his pride. Wickham is also very charming and handsome, which is a bonus. Of course, it is revealed that George Wickham's true nature is that of a manipulative, unprincipled liar, a degenerate, compulsive gambler, a seducer, and a hedonist, living the lifestyle of a rake.

Lydia Bennet is...The (Real) Chaos Agent. Some would say she is before her time, which is in many ways true - yet she has no care for anyone, especially her own family and their reputation, but only for herself and her own pleasures.

Some stories of rogues and chaos agents could be found here.

Charlotte Lucas Collins is...The Trickster. It was rather subtle, and I must admit that for a long time my attention was on Elizabeth Bennet for this role, due to her free spirit, wit, and how she stood up to authority figures with both reproach and respectful sass. However, there are a few points that makes Charlotte the Trickster. For example, Elizabeth is independent in an active way. She is constantly on the move - e.g. enjoying her walks. Tricksters are independent, yet more inactive. Although they love to explore, they put comfort as a primary desire. A good example of this is that Charlotte’s marriage to Mr. Collins, who is seen to be a rather tiresome character, was calculating. It was not at all a marriage of love but of convenience, as both parties benefit from it socially. Another thing that I felt made her the trickster compared to Elizabeth is that tricksters are naturally keen. They are able to see more than dualities and are able to calculate experiences, opportunities, and other characters rather accurately. At first, Elizabeth sympathized with Mr. Wickham and believed his story of being mistreated by Darcy, which renders her blind to the point that her aunt must warn her not to fall in love and marry him. She also is shocked that Charlotte would marry Mr. Collins, as she believed that her most intimate friend would have the same values and beliefs as she does. However, Charlotte, like any trickster, priotizes comfort: "I am not romantic, you know. I never was. I ask only a comfortable home..."

My recommended books on tricksters.

In case you didn’t know, we have an upcoming special performance where you meet Jane Austen in the flesh (online)!

“I declare after all there is no enjoyment like reading! How much sooner one tires of any thing than of a book! -- When I have a house of my own, I shall be miserable if I have not an excellent library.”
― Jane Austen, Pride and Prejudice