“One must have a heart of stone to read the death of little Nell without laughing.” — Oscar Wilde on Dickens’ Old Curiosity Shop

For this edition of Book Recommendations, Library staff members reveal what novels raise giggles among us. (Happily, no dying orphans appear among our picks.) After what seemed a preponderance of war, crime, hardship, and substance addiction in recent Book Recommendations posts, we decided it was time for some mirth. A handful of favorites did not make the cut below, and other titles and authors heard around the water cooler included Evelyn Waugh’s The Loved One, John Kennedy Toole’s A Confederacy of Dunces, P.G. Wodehouse, Faulkner’s The Hamlet, Mark Twain, and the 2014 book by Julie Schumacher, Dear Committee Members. For more comic novel recommendations, see Andrew Corbin's recommendations from the Summer 2010 features newsletter.

Over the course of A Fan’s Notes (finalist for the 1968 National Book Award), our narrator finds himself among the misfits of midcentury America.  At college he hangs with “poker and horse players, drunken veterans, petulant instructors, would-be novelists, homosexuals, talentless poets, an occasional Negro…” Mostly, they’re drunks and lunatics, which is how our narrator knows them, meeting them variously at bars or asylums. As he hops around the country, unable to grow up, we meet the fictional Frederick Exley and a multitude of outcasts. Though all this sounds dire, Exley is wonderful company (at least in the book).  He’s sharp and self-aware and his predilections lead him on several hilarious adventures. This is a high point in the literature of lowlifes and not to be missed if you like that kind of thing. Make sure to stick around for Mr. Blue, an English aluminum siding salesman whose shortness of stature belies an outsize sexual appetite. —Patrick Rayner, Acquisitions Assistant / Circulation Assistant

Declared by Edith Wharton "the great American novel" and George Santayana as the best book of philosophy written by an American, Jazz Age international bestseller Gentlemen Prefer Blondes has for too long simmered in the Technicolor shadows of Marilyn Monroe. Hollywood scribe Anita Loos wrote the sex satire aboard a transcontinental train in a fit of  “infantile cruelty” and brazen genius, inspired by the spectacle of the keenest minds of her generation (chiefly, pal H.L. Mencken) falling at the feet of platinum-tressed half-wits. "I mean I seem to be thinking practically all the time," observes her goldigger, Little Rock, Arkansas, native Lorelai Lee, prompting her to keep the diary that comprises the novel. Lorelei’s rambling vernacular—naively shrewd and unintentionally ironic—tickled the satirical sensibilities of the Modernists and the funny bones of the masses.  Through her indelible creation, the Huck Finn of the flapper era, Loos takes to task less the proverbial dumb blonde and more the men who love her, indicting boom-era capitalism in all its absurdities and pretentions.—Brynn White, Bibliographic Assistant/Digital Projects Assistant

Wayne Johnston has become one of Canada’s leading novelists since the publication of his first book, The Story of Bobby O’Malley (1985), winner of the W.H. Smith/Books in Canada First Novel Award. After recently packing and unpacking my book collection for a move to a new apartment, I began perusing its 190 pages and knew this was the one to recommend to you, dear reader. Bobby O’Malley is a young boy growing up in a working class Catholic family in rural Newfoundland, Canada. Johnston captures the hilarious, crazy and sometimes tragic moments of a tight-knit family environment (there is an unforgettable story involving his father’s repair of a septic tank) and Bobby’s school years in the small town of Kellies, Newfoundland. As with such writers as Mark Twain and P.G. Wodehouse, I wholly recommend reading this novel out loud. It can’t help but bring a smile to your face. Some, but not all, of Johnston’s longer and more complex novels, including The Colony of Unrequited Dreams (1999), The Navigator of New York (2002), and The Custodian of Paradise (2006), are on the Library’s shelves and have my highest recommendation, too. —Mark Bartlett, Head Librarian 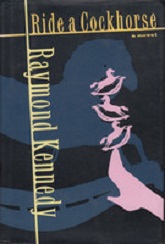 “Looking back, Mrs. Fitzgibbons could not recall which of the major changes in her life had come about first, the discovery that she possessed a gift for persuasive speech, or the sudden quickening of her libido.” So begins Raymond Kennedy’s funny and terrifying portrait of the transformation of a 45-year old loan officer at a New England bank. Formerly pleasant, plain, quiet, and competent, Frances Fitzgibbons wakes one morning to find herself in possession of outsize ambition, ruthless determination, a profane way with words, and the aforementioned libido. Against the backdrop of the late 1980s savings and loan crisis, she quickly makes her way to the (near-)top of the bank, fires long-time employees for kicks, and sets her sights on destroying area competitors (“I’ll throw their bodies into the street!”). The adoring local media, a growing band of admirers, cowering employees, and absurd circle of devoted goons only add fuel to the fire. She also seduces the high school drum major in short order: “I’d like to change his diapers,” she smuttily sneers as he marches past her house.

Ride a Cockhorse does occasionally feel like a one-note song, with repeated riffing on the same motifs. But what keeps one turning the pages—aside from Kennedy’s command of language and fondness for his characters, the perfectly manic pace, the laugh-out-loud moments—is that you are kept guessing. What exactly is this? A tragic character portrait of delusional/manic madness? A critique of shallow, ruthless, Reagan-era greed and ambition? A look at the dangers of populist appeal run amuck? Whatever the case, you have not yet encountered a protagonist quite like Frances Fitzgibbons. Originally published in 1991, Ride a Cockhorse was reissued in the New York Review of Books Classics series in 2012. —Steven McGuirl, Head of Acquisitions

Unquestionably the funniest book I have ever read, Lucky Jim by Kingsley Amis, published in 1954, is an absolutely hysterical send-up of post-war British manners and “culture” in a provincial university town. Jim Dixon is a junior lecturer in medieval history and the quintessential slacker. He is superior and overbearing, but at heart deeply humiliated by his inferior education and lower middle-class upbringing. The internal monologues in which he skewers his Department Supervisor, Professor Welch, and his pretentious son, Bertrand, are side-splittingly ridiculous, and easily bring to mind the best of Monty Python. Amis’ ability to render slapstick through the written word is uncanny. And lest you think there couldn’t possibly be any substance in all this maniacal nonsense, Amis manages to address issues of class, gender, and the human condition. Do not attempt to read in public. —Diane Srebnick, Development Assistant

Fluke, or, I Know Why the Winged Whale Sings | Christopher Moore

Christopher Moore’s Fluke, or, I Know Why the Winged Whale Sings (William Morrow, 2003) begins in the world of Jacques Cousteau and takes an unexpected turn towards that of Ray Bradbury. Along the way, we find fascinating real facts about whales and scientists and hilarious fiction about a fake Rastaman—plus excellent reasons for never getting in the way of amorous whales.  A stranger-than-fiction nonfiction account about some of the same creatures can be found in D. Graham Burnett’s Trying Leviathan: The Nineteenth-Century New York Court Case That Put the Whale On Trial and Challenged the Order of Nature (Princeton University Press, 2007). This New York City Book Award winner lacks out-loud laughs but does profile a range of larger-than-life characters, human and cetacean. —Sara Holliday, Events Coordinator 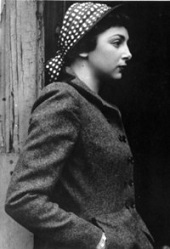 Sally Jay Gorce is the dud avocado, a very green, naïve, free spirit enjoying her newfound independence and bumbling her way through Paris on her wealthy uncle’s dime. She’d like to think she has reinvented herself as a sophisticated world traveler, but an old acquaintance (who she impulsively falls in love with on the spot) runs into her wearing an evening gown in the middle of the morning because she’s stymied by the Paris laundry’s schedule. When he calls her a tourist, and then classifies her type as a disorganized wild cat (the “I-am-a-fugitive-from-the-Convent-of-the-Sacred-Heart”), she is surprised and insulted but even she has to admit he might have it right. She somehow manages to simultaneously offend, confuse, and charm those she comes in contact with, all the while making for amusing literary company. —Carolyn Waters, Assistant Head Librarian 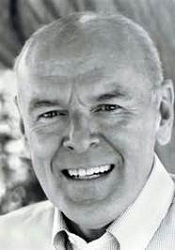 I don’t think Grandma is a good influence on us” is the opening line of a chapter in NYSL author Richard Peck’s quietly hilarious A Long Way from Chicago. While she does bake and tend a garden, Grandma Dowdel is not your typical storybook grandma. Join Joey and his little sister Mary Alice on their annual summer visits from Chicago to the Illinois countryside as they get to know their larger-than-life grandma during the Great Depression. While times are tough, Grandma Dowdel’s thrift, secret compassion, and deep sense of justice make for good eating, great adventure, and wicked humor that sneaks up on the reader when it is least expected. When you find yourself at the end of the book wanting to hear more about Grandma Dowdel, immerse yourself in A Year Down Yonder, the further stories of Mary Alice and her year-long stay with Grandma Dowdel and A Season of Gifts, when new neighbors for Grandma Dowdel bring more comic—and touching—adventures for lucky readers. —Randi Levy, Children’s Librarian

Children’s author Lois Lowry is perhaps best known for The Giver quartet, a dystopian series begun before The Hunger Games was known far and wide, and Number the Stars, about two Danish girls whose friendship is tested during the Holocaust. Lowry’s writing about children shines no matter her subject, but it is her humorous realistic fiction that I have always adored. From tales about the irrepressible Anastasia Krupnik and her curious younger brother Sam to the most recent and eccentric character Gooney Bird Greene, these stories are all full of laughs. Whether you are reading about Anastasia’s crazy career choices, Sam’s trials with trying to express himself before he can actually speak, or the origin of Gooney Bird’s name, you may just end up in a bout of explosive giggles. Consider yourself warned that scene-making may occur if you take these tales on a train. Also highly recommended is the audio version of the Gooney Bird stories. —Susan Vincent Molinaro, Children’s Librarian and Interlibrary Loan Librarian