A good interview—spontaneous, personal, and direct—can reveal more than memoirs, biographies, letters, even diaries. The Library has several excellent interview series in the stacks covering a wide range of personalities, and we have briefly highlighted a few for you below.  Although these books can be effective research tools, offering critical insight into their subjects' lives and thought, "listening in" on these lively conversations can also make for highly entertaining casual reading. 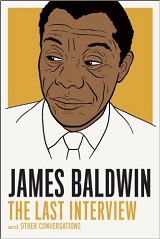 The latest additions to the collection are from Melville House's eye-grabbing Last Interview series. The series is precisely that: the last recorded interview with subjects such as David Foster Wallace, Hannah Arendt, Jorge Luis Borges, Jane Jacobs (forthcoming), Lou Reed, and more. You can see the full run of more than a dozen titles in the Library catalog here. The Last Interview series has been the subject of some attention recently, written up by Michael Dirda in the Washington Post and featured on New York Magazine’s Vulture.com.

When it comes to interviewing authors, The Paris Review set a very high standard in 1953 when they began their ongoing Writers at Work series. A generous archive of interviews is available here on The Paris Review website. If you prefer to read from the printed page, the Library has circulating copies of series 1-9 of the Writers at Work interviews waiting for you on stack 9. We also have this newer 4-volume collection of interviews culled from the pages of the Paris Review and published in 2006: 64 lengthy, probing Q &A’s with prominent writers originally published between 1956 (Dorothy Parker) and 2008 (Marilynne Robinson). Also available in the series: Latin American Writers at Work, which includes interviews with Borges, Neruda, Marquez, Vargas Llosa, and several others;Playwrights at Work, featuring Albee, Beckett, Mamet, Miller, Pinter, Stoppard, Wasserstein, and more; andWomen Writers at Work, with Susan Sontag, Mary McCarthy, Katherine Anne Porter, and others. For devoted readers of literature, these collections of interviews can be filed under "too good to be true."

If you crave more sit-downs with famous authors, the University Press of Mississippi has been publishing entries in its acclaimed Literary Conversations series for decades. The 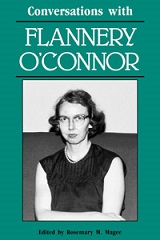 Library’s collection includes volumes devoted to Elizabeth Bishop, Graham Greene, Nadine Gordimer, Flannery O'Connor, Saul Bellow, and more—37 titles in all. If you want to listen in on conversations with poets, the University of Michigan's Poets on Poetry is a place to start. The Library owns 24 volumes in this series, and although these books are mostly essays a few feature interviews with poets such as Anne Sexton, Donald Hall, Charles Wright, and Daniel Hofmann.

For members interested in the art of filmmaking, the University Press of Mississippi also publishes a series called Conversations with Filmmakers. The Library’s fine collection of books about film on stack 12 includes sixteen entries in the series. They include fascinating interviews with Kurosawa, Hitchcock, Truffaut, Capra, and more, exploring the art, craft and business of making movies.

In a previous post, Library staff wrote about their favorite books of oral history. While they are not in the standard Q & A format and don't feature the types of notable figures in the series described above, the Library owns several volumes in two interesting oral history series that are worthy of mention here (after all, they are the result of the interview process). The Oxford Oral History series includes books devoted to folk music, nuns, Appalachia, the Tuskegee Airmen of WWII, and more. The Forgotten Voices series of books are culled from interviews housed in London's Imperial War Museum, and the Library's collection includes seven titles on the Somme, D-Day, Burma, and other war-related subjects.

Future installments of Series Spotlight will feature books in the stacks devoted to biography, history, travel, and more. Keep your eye on this space.