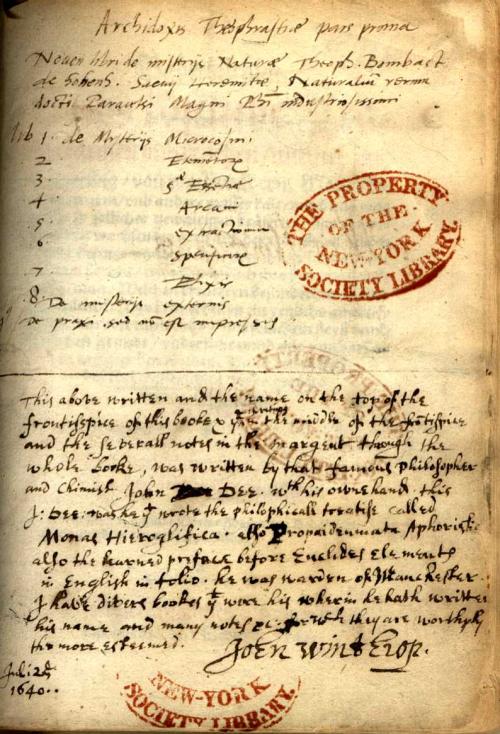 The volumes in this collection, mostly published between 1500 and 1700, were part of the personal library of John Winthrop, Jr. (1606-1676) and his descendants, and many of them contain annotations by Winthrop and others. Winthrop, a physician and the first governor of Connecticut, read widely in a variety of fields, including law, religion, medicine, and the sciences. The collection also documents his keen interest in alchemy, which he and many others at that time viewed as a means of spiritual transformation as well as a practical art.

Winthrop's books were eventually distributed among several libraries, including Yale University and the New York Academy of Medicine. The New York Society Library received nearly 300 books in 1812, which were first recorded in the Library's 1813 Catalog. Lists also appeared subsequently in the 1841 Supplement and the 1850 Catalog.